They say one action doesn’t define you.

I killed a man. Stabbed him in the neck and licked the blood off my lips after I did it.

Still, one action doesn’t define you.

I could have called anyone. My father, the Prez of The Fallen MC, our family lawyer, my best friend, Lila, or my brother, King.

Instead, I called Lionel Danner, the police officer renowned for taking down the Nightstalkers MC. The man who had been my father’s arch nemesis for decades. The man who hated everything I stood for. A man who had disappeared from my life without explanation three years ago.

And maybe one action doesn’t define you, but killing a bad man and calling in the good changed my life and it sure as hell changed his.

As much as I loved King Garro.  Danner may be able to take your heart.  This story was so well written that I really could not put it down.  I had to force myself.  Not only is H.R. a biker b**** but she is a bad a** all on her own.  The emotional turmoil had me reaching for tissues.  You do not have to read the first 2 but it will help you understand a little more.  But be prepared Giana has such a way with her writing that you will be hooked quickly.

Till the next book ~ Nancy 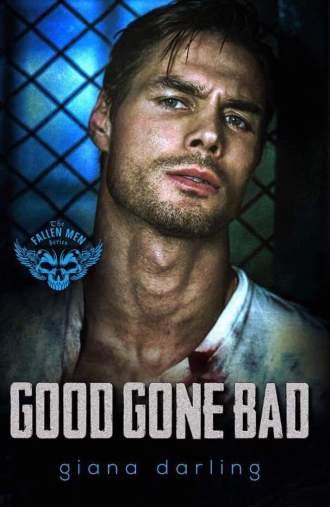