How far would you go for revenge?

A hit-and-run accident leaves Jersey Six orphaned and homeless on the streets of Newark, shattering her dreams of school dances, pink nail polish, and a diploma.

Eight years later, a burn victim with amnesia wanders into Jersey’s barely-existent life. She resists his efforts to form a friendship until he reveals knowledge of the person responsible for derailing her future. Through their unusual friendship, she discovers a way to avenge the deaths of her foster parents.

All she has to do is destroy the world’s biggest rock star.

In the ultimate game of sex, lies, and manipulation, can Jersey discover the truth? Or will she be blinded by attraction, deceived by love, and destroyed by her past

My take on this book:

This was one of those books that sometimes makes me wish I listened to audiobooks.  I did not want to put it down at all.  It seriously messed with my mind in a awesome way.  It twisted so many times that I had no idea where ir was going.  This is a definite Do Not Miss book.

Till the next book ~ Nancy 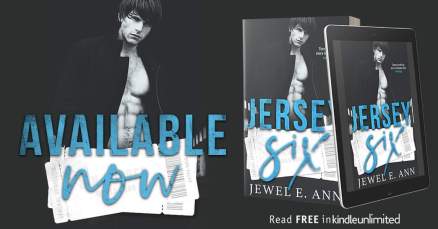